Since October 2020, we’ve been running an online seminar series for philosophers in Aotearoa New Zealand and abroad. It’s not just a response to the COVID-19 pandemic, but also a recognition that transportation emissions (eg, from flying internationally) contribute to climate change.

At this stage, meetings are scheduled upon demand. Each seminar reserves ca 40 minutes for presentation, followed by a 5-minute break and 45 minutes for Q&A. We use Zoom as our videoconferencing app (free for personal use).

Announcements of future meetings will be posted below and sent out by email. If you’d like your address to be included in our seminar email list (and are not a member of NZAP), please message Marco. To attend, you need to be neither a Philosophy academic nor located in New Zealand — just someone who’s curious in / excited about philosophy.

We also look forward to your email if you’d like to present your philosophical work in this series (or know someone else who could / should do so). New Zealand is a (very) long way from most other places, so this represents a great avenue for philosophers abroad to talk to us about their ideas.

To help you navigate our online meetings, please take a minute and familiarise yourself with our audience tips and guidelines (download HERE).

10 March 2021, 11:30am
Keeping Things in Perspective: An Advertisement for a Theory of Perception
Dr Alexander Morgan (Rice University)

Perception is commonly thought to be a distinctive kind of psychological capacity interposed between sensation and cognition. Perception, on this view, puts a subject epistemically ‘in touch’ with mind-independent features of her immediate environment, and thereby puts her in a position to think about those features. Several philosophers have recently attempted to vindicate this traditional view of perception by drawing richly from research in perceptual psychology. According to an emerging consensus among these philosophers, which I call the Distal Tracking Theory (DTT) of perception, perceptual states differ from sensory states in that they are formed on the basis of perceptual constancies, computational capacities embodied in sensory systems that extract distal properties from noisy and ambiguous proximal stimuli. Perceptual states differ from ‘offline’ cognitive states, according to the DTT, in that they have the biological function of being controlled by current sensory stimuli. In this talk, I argue that the DTT fails to capture a kind of capacity that is in any way psychological, and hence fails to vindicate the traditional view of perception. For, among other reasons, the sensory capacities of all sorts of putatively mindless organisms such as plants and bacteria serve as constancies; they systematically extract distal properties from ambiguous stimuli. I then offer a two-level diagnosis of precisely why the DTT fails. At the theoretical level, it largely ignores the essential connections between perceptual states, capacities, and perceiving subjects. At the metatheoretical level, it presupposes that natural kinds are best identified by looking directly at the predicates of successful science. On the basis of this diagnosis, I advocate a different way of understanding perception as a natural kind by drawing from Richard Boyd’s Homeostatic Property Cluster theory of kinds. According to the view that I advocate, perception is partly constituted by a cluster of ‘subjective’ capacities such as egocentricity and objective significance, which are unified by a shared set of underlying multisensory integration mechanisms that in the mammalian brain are realized within the posterior parietal cortex (PPC). I conclude by considering two implications of this view. First, it suggests that the popular Dual Visual Systems hypothesis of the function of PPC should be revised, and second it suggests that perception, contrary to widespread assumptions, is essentially conscious. 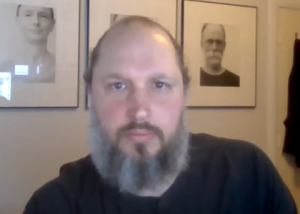 There is now a great deal of evidence that norm violations impact people’s causal judgments. But it remains contentious how best to explain these findings. This includes that the primary explanations on offer differ with regard to how broad they take the phenomenon to be. In this talk, I detail how the explanations diverge with respect to the expected scope of the contexts in which the effect arises, the types of judgments at issue, and the range of norms involved. In doing so, I briefly summarize the current evidence favoring my preferred explanation – the responsibility account. I then add to the evidence, presenting the results of two preregistered studies that employ a novel method: participants were asked to rank order compound statements combining a causal attribution and a normative attribution. 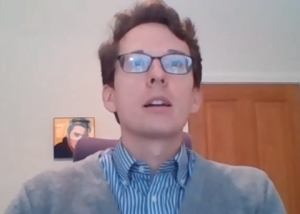 Primitivist theories of truth date back at least to the origins of analytic philosophy, being defended by Moore, Russell, and Frege. A number of contemporary philosophers have also defended primitivist truth theories, with Davidson’s and Sosa’s defenses probably being the best known. The most extensive development of primitivism, however, has been offered by Jamin Asay, who contends that the concept truth is primitive while the property truth is non-primitive yet insubstantial. In this talk, my primary aim will be to critically assess Asay’s primitivism. I’ll explain why his central arguments for primitivism are inconclusive and why the view itself is highly problematic. After defending these negative claims, I’ll suggest that the way forward for inquiry about truth is to move away from purely a priori investigations and towards a sort of inquiry which recognizes the critical role of empirical questions about the nature and acquisition of truth.

What goes on here

Philosophers in Aotearoa New Zealand and occasional guests use this blog to announce events, communicate ideas, and get feedback on work in progress. Occasionally, posts will be summaries of newly published work or informational pieces relevant to the philosophical community (broadly construed). See the Blog User Guide for more information.